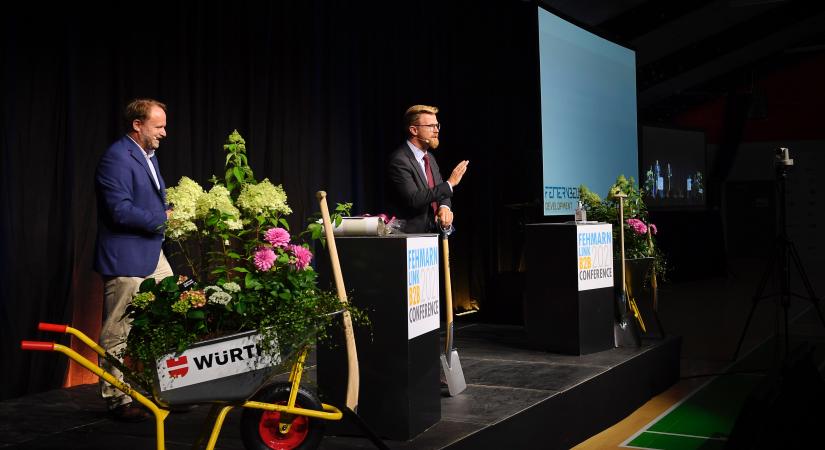 The Femern project has more large tenders on the horizon.

This became apparent during the Fehmarn Link B2B Conference, which took place on the 9th September 2021, Rødbyhavn, Denmark, where presentations were made by some of the mega-project’s key actors, amongst others, the Danish Minister of Transport, Benny Engelbrecht.

The 650 participants, mainly from Denmark and Germany, but including a further 8 European countries, received valuable information about the current status of the project, as well as an overview of the upcoming tenders from the construction owner, Femern A/S and from the leading consortia, Fehmarn Belt Contractors (FBC) and Femern Link Contractors (FLC).

Elements of the electrical and mechanical tender include ventilation, lighting, safety and monitoring systems and cables.

Technical Director at Femern A/S, Jens Ole Kaslund, announced at the conference that Femern A/S has already pre-qualified 3 consortia for the tender, all of which were represented at the Femern Link Business Conference:

The contract for the electrical and mechanical installations is expected to be agreed during the second half of 2022.

The second large tender concerns the establishment of a transformer station in Rødbyhavn for the electricity supply to the train through the tunnel, as well as to the lighting and many other electrical installations through the tunnel.

Femern A/S has also pre-qualified the following 3 consortia for this tender:

This contract is also expected to be agreed during the second half of 2022.

Femern Link Contractors (FLC), which is responsible for building the tunnel, portals and ramps, has already entered into agreements with a number of subcontractors.

With regards to services, there are agreements for bus services, catering, cleaning, laundry, living quarters and emergency services.

During the conference, the project directors, Christian Lundhus and Hakim Naceur, revealed that upcoming suppliers of machines and equipment, such as telescopic lifts, trucks with cranes, trailers and mobile concrete pumps would be subcontracted.

An overview of already concluded agreements and upcoming tenders can be found in the PowerPoint that Femern Link Contractors presented at FLBC B2B.

Companies can register themselves with FBC

Fehmarn Belt Contractors (FBC) has also already entered into agreements with a number of suppliers and more are expected in the near future.

Companeis that wish to become subcontractors to FBC can register on the consortium’s supplier portal at this web address: https://www.fehmarnbeltcontractors.com/procurement/