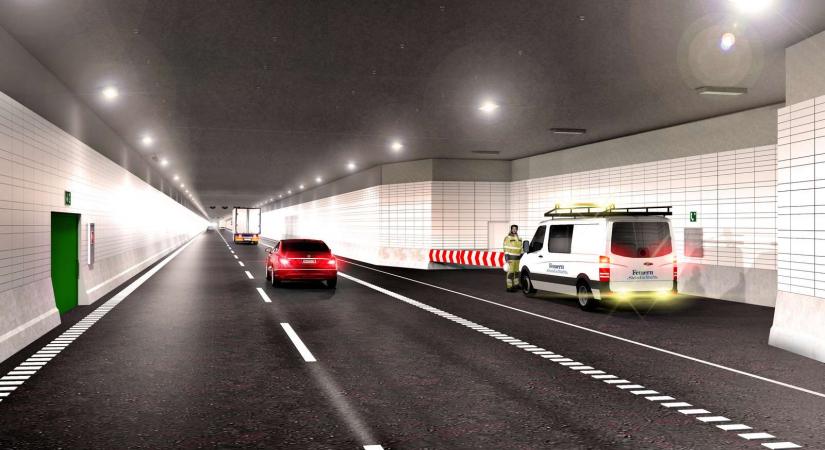 The advanced equipment in the tunnel will make the project a green pioneer. Illustration: Femern A/S

Already this spring, Femern A/S expects to award the contract to one of the three bidding consortia for the major task of supplying and installing electrical and mechanical installations in the Fehmarnbelt tunnel.
The extensive task of equipping the Fehmarnbelt tunnel with advanced equipment and technology has a value of approximately 700 million euros, Femern A/S informs.
Green pioneer
It is not only the size of the contract that puts it in the international heavyweight class.
The way in which the task will be completed is absolutely central to the Fehmarn tunnel project becoming a green pioneer, where the electrical and mechanical installations are as climate-friendly and energy-efficient as possible.
New opportunities for subcontractors
The tender was launched in the spring of 2021 with a pre-qualification round, and the three consortia submitted their bids in November 2021. The contract contains, popularly speaking, the technical guts of the tunnel, which will ensure efficient, safe and stable tunnel operation from its opening in 2029.
As with the other large contracts, a larger number of subcontractors to the consortia are expected to be needed. In addition, it is a requirement that these entrepreneurs employ apprentices.
Battling for the task
The three bidding consortia are:
•    BraVeCo (Sweden, France, Denmark, Norway)
•    Femern Technical Contractors (Austria, Germany, Netherlands, Switzerland)
•    SICE-Cobra (Spain, USA, Sweden, New Zealand, Australia)