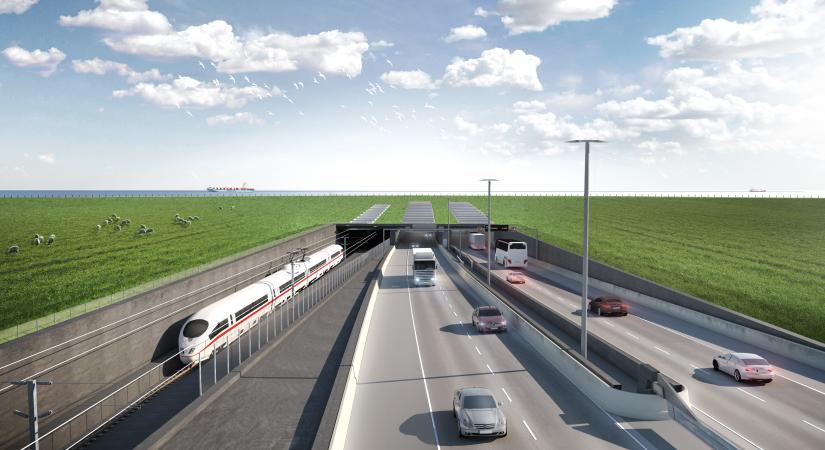 The tunnel portal is the access through which cars, lorries and trains will pass from land into the tunnel itself.

”This is a large milestone for us. The construction of the factory, working docks and Tunnel Town have taken a lot of effort and will continue to do so for some time yet, but from now on we will also be working directly on the tunnel portal itself,” says Henrik Påske Rasmussen, FLC Division Manager, Lolland, in a press release.

”The construction of the tunnel portal will soon be one of the most obvious indicators that the building work is advancing. There are many years of work in front of us, but soon we will be able to see the façade of the world’s longest submerged tunnel,” says Christian Kaas Oldenburg, Project Manager at Femern A/S.

Ready to attach the first tunnel element in 2023

On the Danish side, the tunnel portal will be built mainly on a 550 x 300 meter dammed area off the coast and the construction of the portal area alone is expected to employ between 150 and 200 workers. The portal should be ready for connection of the first tunnel element in 2023.

The equivalent construction on the German side is expected to start in 2023.