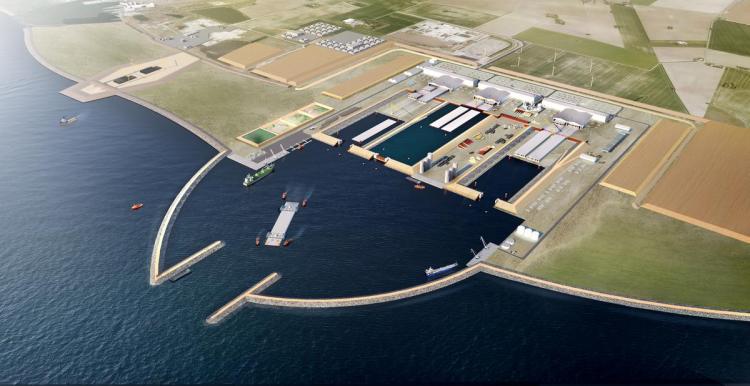 The Femern Belt Link is one of Europe’s largest construction projects to be undertaken. The tunnel is an 18-kilometer-long immersed tunnel, which will connect Rødbyhavn on Lolland in Denmark with the island of Fehmarn in Germany.

Apart from the immersed tunnel, the Femern Belt Link comprises of land facilities on both the Danish and German sides. The railway is being upgraded to electric rails on both sides of the Femern Belt and is constructed to allow speeds of up to 200 kms per hour. When the tunnel is completed, it will be possible to travel between Hamburg and Copenhagen by train in less than 3 hours.

The connection is financed by its end-users in the same way that the bridges of Storebælt (between Zealand and Fynen) and Øresund (between Denmark and Sweden) have been financed. The project will have a return of investment of 28 years, including the investments to the rail infrastructure between Ringsted and Rødby, which is also financed via income generated by the tunnel link.

Status Q1 2021
At the moment, the production facilities for the tunnel at Rødbyhavn on Lolland are being established. The large working harbour and dock is currently under construction, together with a builders’ town for the tunnel workers and a factory for the production of the tunnel elements. The work in Germany and Femern Belt will begin in mid-2021. The Femern Belt tunnel is expected to be completed by mid-2029.

The Femern Link in figures: