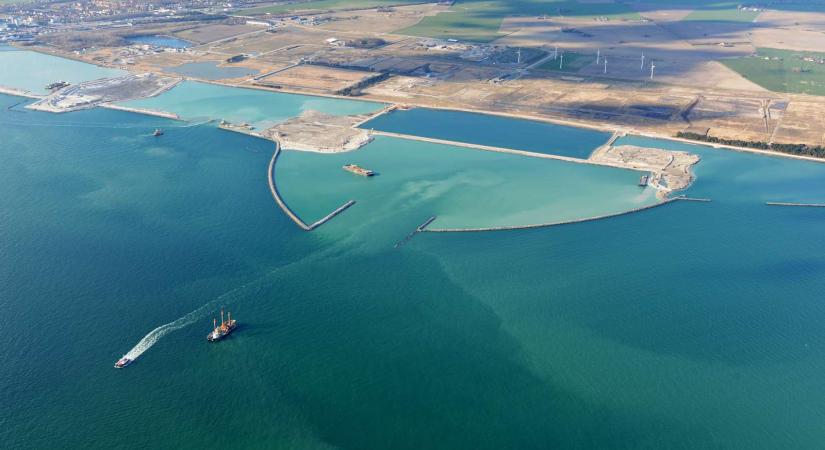 Many Danish companies have already been brought into play. German companies are now also looking towards the Fehmarn Belt project.

Four months after the official construction start, and a number of Danish companies have already won assignments on the Fehmarn project.

"And the number of tasks will increase significantly over the next 2-3 years," states Claus F. Baunkjær, CEO, Femern A/S.

Femern A/S has already and will continue to issue a number of tenders, but the majority of the tasks that are interesting for Danish SMEs will be carried out under the two contractor consortia; Femern Link Contractors (FLC) and Fehmarn Belt Contractors (FBC).

FBC is responsible for the excavation work at sea and the reclaiming of land as new nature areas.

FLC is responsible for building the tunnel, portals and ramps.

“I am of the impression that the consortia are really good at defining tasks that are interesting for small and medium-sized companies. There is a demand for Danish companies, with which they have a good collaboration,” says Claus F. Baunkjær.

He also believes that the Danish companies are very capable of winning Fehmarn project assignments.

In addition to this, there are a long list of companies performing various larger and smaller tasks. It is estimated that at least 50 Danish companies are or have been working on the Fehmarn project so far.

"What are your recommendations for companies looking to become part of the project?"

“We can see that the companies that have won assignments are good at using networks and have used the advice they have received from various actors. In general, I would say that companies need to know about and understand the Fehmarn Belt project. They must be ready to receive advice, keep in touch with the consortia, participate in the conferences offered, stay updated on the many informative websites and make use of the many skilled network organizations that are around the project,” says Claus F Baunkjær.

The project is on schedule

On the Danish side, the main construction phase with the establishment of the Fehmarn project's construction port is in full activity. According to the schedule this work must be completed by the end of 2021 and everything indicates that this timeline will hold.

On the German side, construction work will begin during this summer with the establishment of a construction port in Puttgarden as well as the construction of a descent to the tunnel mouth, similar to the plant on the Danish side.

The German business community is focusing on the Fehmarn Belt project on the German side as well.

Based on a recent conference, the Chamber of Industry and Commerce in Lübeck states that 150 north German companies have shown their interest in the project.

On the Danish side, the project's upcoming major construction projects will be the establishment of office facilities for about 200 employees, the camp for accommodation and shared facilities for the tunnel workers of a total of 30,000 square meters in 1,300 rooms and construction of the tunnel element factory.

Work on the construction of the tunnel worker camp will start this summer.

The geotechnical investigations around the tunnel element factory are underway, and the actual construction work will start in early 2022. The first production line is expected to open before the end of 2022.

The factory consists of three production halls of 90,000 square meters as well as two concrete factories.

Femern Link Contractors (FLC) will carry out a great deal of the work concerning the establishment of the factory themselves, but also offer significant tasks to subcontractors and equipment suppliers.

This will create opportunities for small and medium-sized companies as subcontractors, both within construction and service sectors.

Femern A/S has just pre-qualified four large international consortia to compete for the task of equipping the tunnel with advanced technology for DKK 5.5 billion as well as the construction of a transformer station that will supply green power to the tunnel. This work amounts to a triple-digit million DKK amount.

In the second half of 2022, Femern A/S will issue a tender for the tunnel railway contract.